A tourist in New York City with photo camera. Far Views of New York in W&B photographs. From One World Observatory 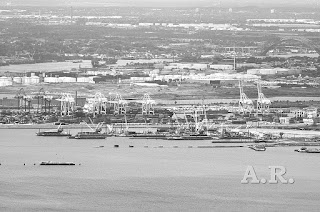 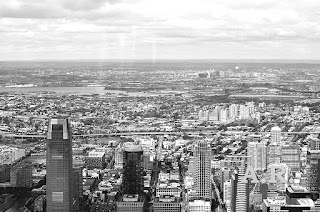 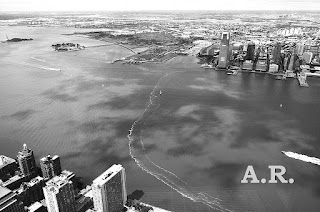