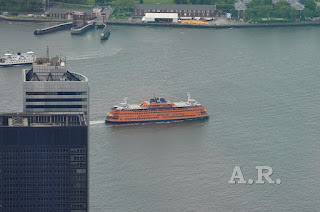 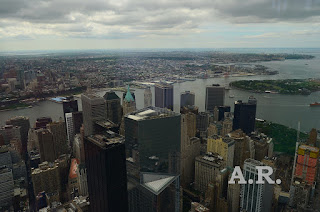 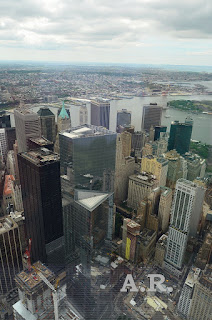 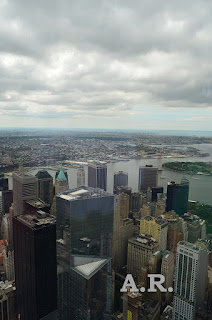 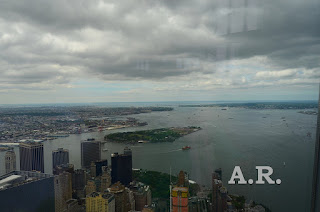 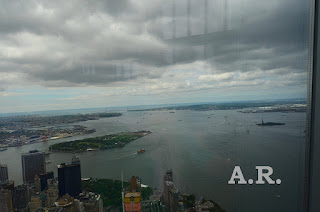 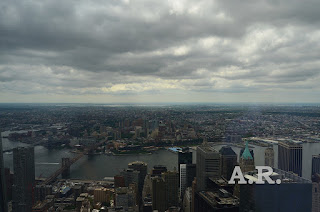 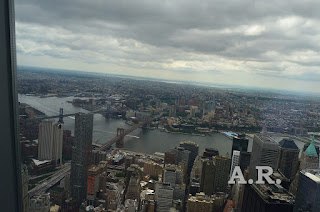 The Statue of Liberty (Liberty Enlightening the World; French: La Liberté éclairant le monde) is a colossal neoclassical sculpture on Liberty Island in New York Harbor in New York City, in the United States. The copper statue, designed by Frédéric Auguste Bartholdi, a French sculptor, was built by Gustave Eiffel and dedicated on October 28, 1886. It was a gift to the United States from the people of France.
The statue is of a robed female figure representing Libertas, the Roman goddess, who bears a torch and a tabula ansata (a tablet evoking the law) upon which is inscribed the date of the American Declaration of Independence, July 4, 1776. A broken chain lies at her feet. The statue is an icon of freedom and of the United States, and was a welcoming sight to immigrants arriving from abroad.
Wikipedia
On March 30, 2009, the Port Authority of New York and New Jersey confirmed that the building would be officially known by its legal name of "One World Trade Center", rather than its colloquial name of "Freedom Tower". The building is 104 standard floors high, but the tower has only 94 actual stories.
The new World Trade Center complex will eventually include five high-rise office buildings built along Greenwich Street, as well as the National September 11 Memorial & Museum, located just south of One World Trade Center where the original Twin Towers stood. The construction of the new building is part of an effort to memorialize and rebuild following the destruction of the original World Trade Center complex.