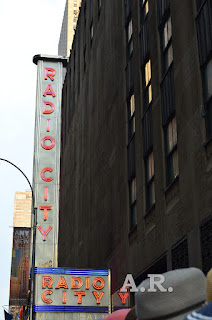 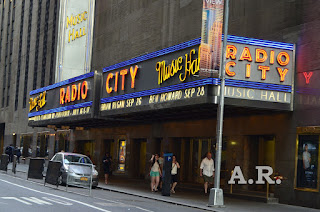 The Radio City Music Hall was designed by architect Edward Durell Stone and interior designer Donald Deskey in the Art Deco style. Its originally planned name was International Music Hall. The names "Radio City" and "Radio City Music Hall" derive from one of the complex's first tenants, the Radio Corporation of America.
The Music Hall opened to the public on December 27, 1932 with a lavish stage show featuring Ray Bolger, Doc Rockwell and Martha Graham. The opening was meant to be a return to high-class variety entertainment. The new format was not a success. The program was very long, and individual acts were lost in the cavernous hall. On January 11, 1933, the Music Hall converted to the then-familiar format of a feature film, with a spectacular stage show perfected by Rothafel at the Roxy Theatre in New York City.