A tourist in New York City with photo camera. The Lake, Central park 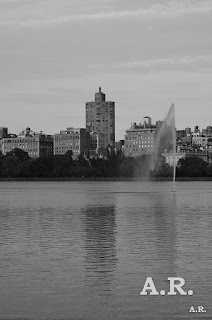 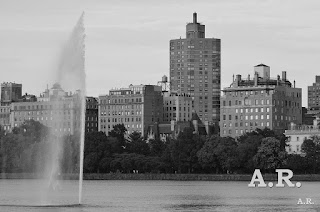 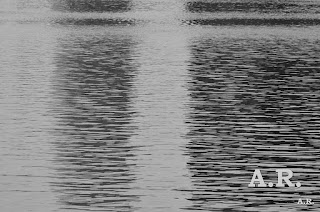 The Central Park Lake, in conjunction with the Ramble, creates an essential part of the "Greensward" design plan created by Frederick Law Olmsted and Calvert Vaux when designing the initial features of what would become Central Park.
What is now a stunning and picturesque 18-acre lake was once nothing more than a large, untamed swamp. After its excavation in 1857, the Lake was opened for its first winter of ice-skating in 1858.
....Like many other Park attractions, the Lake was also restored by the Central Park Conservancy. It was reopened to visitors in 2008. The Lake is a sight not to be missed if you're in the mood for a calming boat ride through bamboo patches, bridges, and natural splendor in the Park. 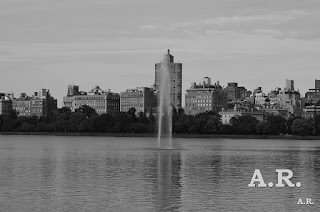 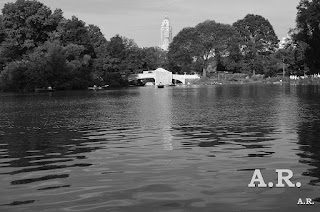 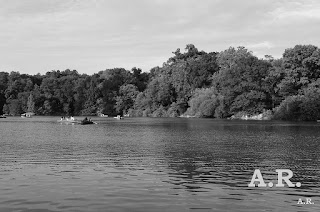