A tourist in New York City with photo camera. The sea, the road, wood poles. View from One World Observatory 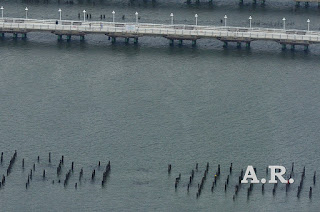