A tourist in New York City with photo camera. A sunday in Central Park, the people 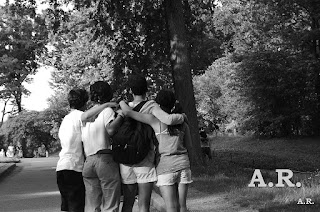 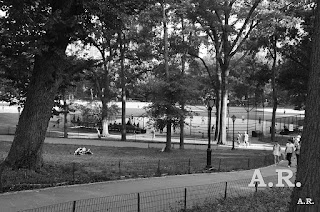 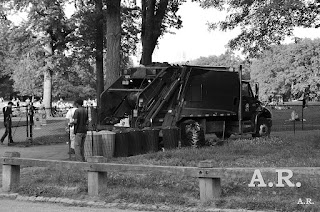 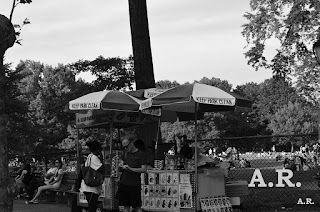 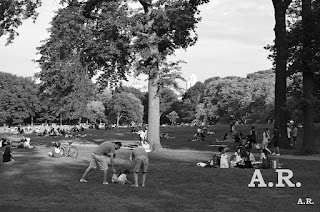 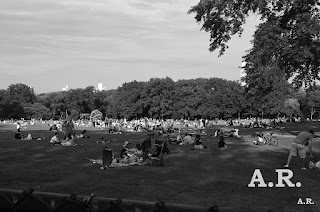 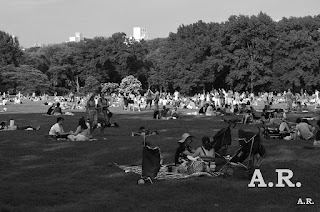 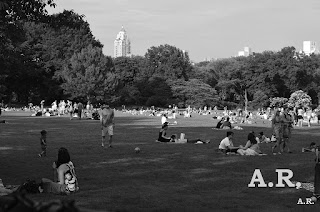